I haven’t cosplayed super seriously since Cruella De Vil and I am CRAVING cosplay now.

And I do realize there are a few cosplays I just haven’t either made the time for or haven’t had the money for, but regardless, I think compiling a list of the ones I aim to accomplish by the end of this year should help me satisfy some urge to walk outside dressed as L just so I can say I am at least trying (and so I  can continue procrastinating my English assignment and put off studying for my CS midterm- it’s not that kinda compiling. Eyyyy. Okay, shutting up now.)

I Sora (from the anime: No Game No Life)

Of course, this was planned as a couple cosplay with Alya and WE STILL INTEND IT TO BE DONE AS SUCH. We’ll just crop each other into our cosplay pictures. Why not? Or take advantage of the separate world and use some magical explanation to explain why we’re apart. (Maybe Tet kidnapped me?? But that doesn’t really make sense since they both have already explicitly said how they can’t be outside of a certain number of meters of each other before…)

I mean, Alya’s first ever wig was for her Shiro cosplay! Super fluffy and white like Killua’s hair, it didn’t suit it all that much, but her styling skills have come far in the few years and I’m sure she can fix it up properly now :3

II Wednesday Addams (from the tv show (and movie): The Addams Family) 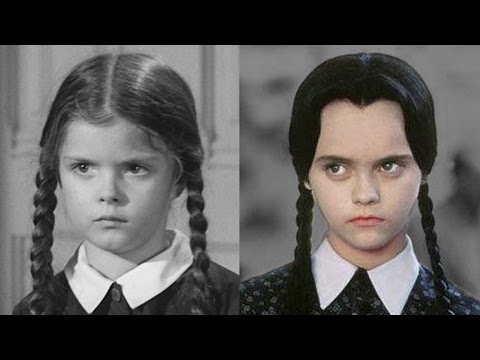 Back in my crazy moving/traveling days, I have seen a buuuuunch of the original tv shows’ episodes on many different, suuuuper long flights. That’s where my love for the show began. But honestly, I don’t remember too much of them now, yet when the remake movie came out, I watched is super excitedly and now this Wednesday is the first one I think of whenever I heard Wednesday Addams 😛 So as strangely inconsistent as this will be for my usual original character love, Imma cosplay the reboot version. Oh wyell ^_^

III Nishinoya (from the anime: Haikyuu!)

You might remember my fangirling over this awesome guy in another post when I actually decided I definitely would cosplay him. Imma just link that here now instead of boring you with more gushing over him :3

IV Ellie (from the Disney Pixar movie: Up) Now, I’ve wanted to through together an Ellie cosplay for the heck of it as a #CasualCosplay ever since I bought my overalls, but I never found a shirt I was happy with! I mean, I do have a button down blue floral shirt that could do in a pinch, but I reeeaaally want to do her justice. And I do have a yellow button down, but the collar is bedazzled with golden sequins….(My wardrobe is fabulous, I am aware.) 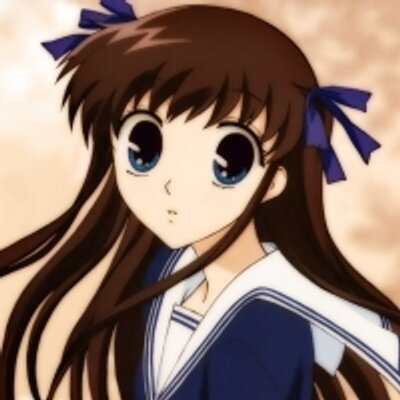 One of the first manga I ever read, and definitely the first “longest” one I finished :3 I always thought to cosplay Tohru when I wanted to try out cosplay but not commit to it too much back in middle school. I still never have, but let’s see, maybe I will now!

(Even though now I’d totally rather do a gender bender Hatsuharu or Hiro 😛 Oh snap, I reeeeaaaaally wanna do a Haru now….) VII Either Mikoto-chan or Kashima (or both?!) (from the anime: Gekkan Shoujo Nozaki-kun) This sly, Tamaki-level fox BUT WAIT-

But it’s okaaay. They both are so amazing and lovable I’ll probably just do both ❤

Wait, is this number VIII or IX now..? Ugh, forget this, it’s been fun, but I’m no way deciding all the cosplays I want to do in an entire year now! It’s fun to sponatneously decide to do one or discover something in your closet that would be perfect for a character so you just DO one.

Either way, this has been fun and I’ll hopefully think up of many more to dress up as too~ :3

Until later tonight when I die over the Haikyuu! season 2 final! (Yes, I’m a day late, but you know what, I was dying after having my gym lock-in and all that excersize. We all know how crazy it is to think of me excersizing at all, let alone the majority of the night, so yes, I slept early and missed my Haikyuu! watching time so I’ve been resisting the urge to watch it until tonight. YAY; get hyped!)

I finally finished Free’s second season…even though I was originally watching it when it came out in May…and then fell off track.

But regardless, I caught up today. and by that I mean I finished it xD

Damn. I have so much to say, but it’s far too late, and I have yet to discuss it with Alya too.

Ahem. So I’m putting this off for now too! I’ll add to this post when I can!

Maaaan, I feel so guilty for not typing it all out properly now! Especially since I just had my laptop open a while ago tooo!

-Frostie
the magical as Hell snowman.

So I started  a sportsy anime, Haikyuu. A show all about this super short kid that wants to play volleyball and be the very best that no one ever was as an Ace (a position that usually requires loads of height). And the constant talk of believing in yourself, and hilarity, and just typical school closeness, with super sappy lines had me!

Epic Fanart. But they messed up the numbers on the shirts =Y

I missed anime like that so MUCH. I think the last sports anime I’ve ever seen was…I can’t even recall! That’s how long it’s been. And I fell head over heals for this genre then.

But this anime is still ongoing! And I wanted to binge watch an epic sports anime.  NOW.

So I opened up a new tab, and did some searching. I came across Korouko no Basket, and a few others. (Watched the first ep, but I got hooked on something else after Alya told me I was on the look for sport anime.)

I started watching Free!, and anime all about swimming. It’s super short, complete, and only has twelve episodes, half the normal amount of episodes most anime have. It was awesome though! I seriouslyyy loooved it~!

I actually reaaally liked it! It was adorable, and in such a short time, I did manage to bond with a bunch of the characters! That’s no easy feat with just twelve episodes, ya know 😉

But, my fave characters have got to be Haru/Nanase, Rin, and Nagisaaaaa~

Why is Rei randomly just THERE in the background..?

Although I watched the first eleven episodes in two days, I didn’t watch the last one til last night. (After three ish days.) But I loved it’s ending, and it ended with THIS picture;

READ THAT ENGLISH LINE. READ IT.

See you next Summer!

Which means there was the initial intention to make a second season!! So I did some more googling, and what to I find? THIS!

A confimation on it’s release- this JULY ❤ (I found out here.)

This season’s got some seriously cool anime that’s just released. I’ve been watching and trying quite a few, and I’m loving what I’ve seen so far. Here are the names of a few I started, and what I think of them so far. Whether I plan on continuing them or not, some picture, and a few that are just so damn ADORABLE that I’m already obsessed after one episode. (I’ll get to that.)

I Akuma no Riddle- Started it, mentioned it in my last anime related post. Watching it, and I’ll finish it too, as it is only given thirteen or twelve episodes. It’s alright, and I’m mostly watching it for the action and the animation. It’s not entirely my kind of anime.

Started it just a few days ago, and I’ll continue it only for the reason that it’s a mecha anime, and I’ve never really seen one before. It’s story is pretty interesting too, so yay. It’s animation is a little different from what I’m used to and prefer, but it’s not bad, it’s still actually good.

Only seen the first episode, a bit more of mecha, and yet I like it’s fantasy story much more. It’s got a prophecy involved, a lady of shallot hearing whispers, and even THE KING ARTHUR! In a semi futuristic setting not on Earth, I am so watching this.

And I’m so glad the main dude is such a badass red head, since the one in Mouhouka Koukou no Rettousei certainly isn’t even revealed to us yet, so we can’t see his badassery… Ahem, so yeah, Sora is awesome. Love him already ❤

The animation to this show is superb and it’s very SAO, except so far, the two siblings actually don’t want to return home. I like that plot twist. And I can’t wait to see what happens next!! Crap, I really shouldn’t have started this anime the day before a CIE…