Tomorrow is the surprise graduation party we’re throwing for Zahra so basically today was the last day for me to finish up the present I thought up for her. I decided to try my hand at something homemade since I just haven’t in a long time, and plus I want to give it to her tomorrow and even realizing this a week ago, any etsy order would not arrive on time. Anyhoo, this painting was inspired by this (which is being sold on etsy here if anyone’s interested): 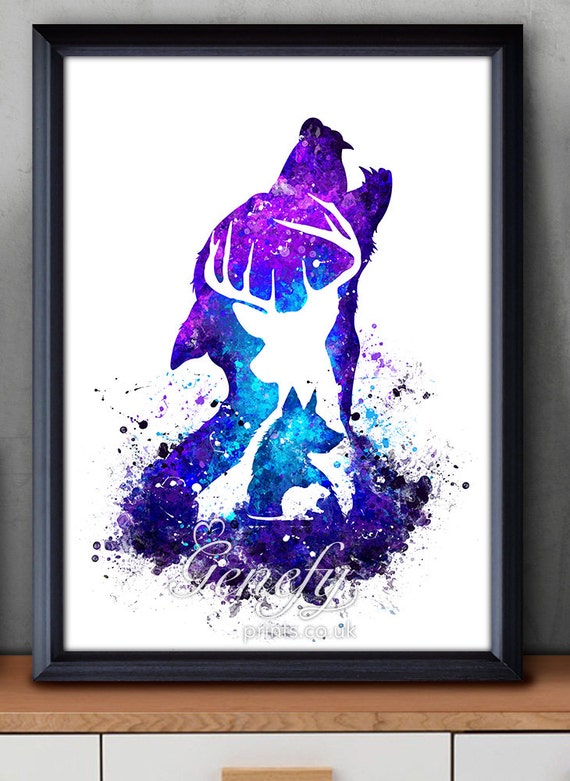 It’s the four marauders!! I thought it looked super cool and tumblr-esque cuz of how galaxy ish it is too. I took this picture and tried to recreate it, but when I cut out Peter Pettigrew, the paper I used was too thin and didn’t block out the paint 😦 It was also the thickest cardstock I had on me, so I sort of gave up on that and tweaked the design to work for me. It’s not as good and clean as this one, but I do think it’s kinda cool in it’s own way. I hope she likes it :3 It was fun arting for two hours making it ❤

So earlier today, I went with Asma and Hadia to buy food for the bash as well as supplies for this project like a picture frame. I did pick up some cheap paints while I was at it which can later be used for some cosplay so excited about that 😀 Oh oh, and while strolling through the crafting aisles, I caught a glimpse of yarn and two things happened. One, I obviously thought of kholoud, the yarn hoarder, and two, I thought I should FINALLY get my hands on a crocheting needle and get started on that. I’ve been interested in crocheting ever since I saw it online back in AS. Now, I can actually easily get my hands on a hook AND I have the guidance of Kholoud-senpai to assist me thorough this I should actually get round to it. And I did. I bought my first hook, but I was far too much in a hurry to pick any yarn to go with it, and I wasn’t too sure what would work best for a beginner. I’m glad I waited cuz when I last asked Kholoud for some basic tips, she shed a loooot of light on all sorts of yarn I should avoid and even color preference if I want to be able to see my stitches super easily. Anyways, I’ll get some next time I’m there iA ^_^

I did look up some basic stitches and stuff on youtube and interestingly but expectedly, here’s another thing that uses a slip knot, of course xD haha, knots  ❤

(I think I’ll embed some of those videos here for future endevours maybe?)

Finally gathering all of our random wanderers, the three of us make our way to a cashier to pay and bam, Asma and I find some super cute pokemon tumblers….and we’re hooked. We took approximately like a minutes of intense thought and debate picking a tumbler design we thought was optimal and then we were REALLY ready to pay. (Ignore how most of that debate was inward and we were both just going “um er uh uh UH..!!” and “ugh ugh which..?!” aloud in actuality. At the time, it was just an impulsive buy each, but now, I’m justifying it by actually using it a bunch and finally not being as dehydrated as I normally am if I spend too many days in a row at home. (I tend to think the hassle of going down to the kitchen is too bothersome to quench my desire for paani/water.))

And with that, I’m back to catching up on Tanaka-kun wa Itsumo Kedaruge~! Gosh, why did I ever stop?! It’s so enjoyable ^_^