Last week and this week are when the final episodes of the Autumn season of anime are being released. What kind of finals week were you expecting me to talk about? 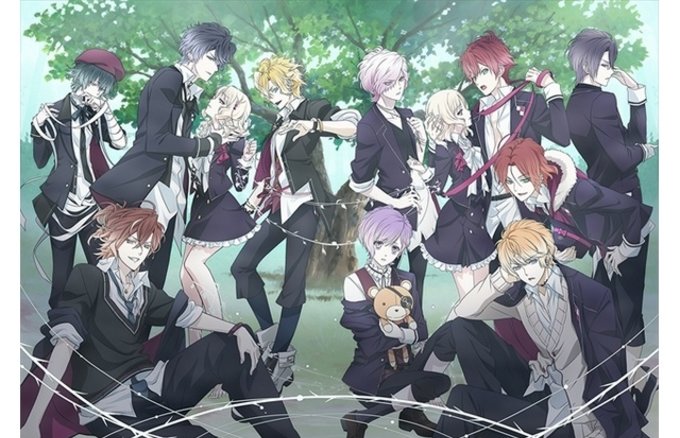 Okay, so this anime short is a total guilty pleasure and I totally called what happened in its final when ranting to my brother about the show. Basically, there’s no plot the first season, so when somehow the show got a second season, the producers probably thought if they wanted  a third season, they’d better get started on some ideas for a plot. So at an attempt to have a story line, they threw in whatever they felt like, which ended up being too much to conclude in twelve episodes. So they just…didn’t. Yeah, the show ends with the Mukami and Sakamaki brothers sort of realizing that they need to work together to fix the second major conflict (which they don’t, so there might be hope/fear? for a third season).

Man, this is definitely one of those anime that I categorize as so bad that it’s good. It’s so utterly terrible that even though its not at all intended to be watched for comedy, it does indeed entertain one with that genre in mind. This anime is a stereotypical demons versus vampire supernatural anime with musical numbers. Yes, you read that right. The characters spontaneously burst into song, complete with costume change and different settings. It’s wonderful.

It’s ending of course was as successful as its (nonexistent) seriousness to the plot. Ritsuka is saved, blah blah, time to get to the important part: Rem confesses to her and she confirms that the feeling’s mutual. Magically and suddenly, Lindo is totally cool with their relationship and decides that he will protect Ritsuka from afar, loving her continuously. But Rem then declares how now that there’s no Grimoire to chase after (yeah, it suddenly disappears after midnight. It’s not like everyone was desperately worrying about it for eleven episodes. No biggie.), he no longer has any reason to stay in the human world (um, Ritsuka?). So he invites Ritsuka to come live with him in the demon world (which she can cuz she have devil). Ritsuka must not question why Rem can’t just live with her, but must now choose between her world and his.

Rem leaves and she goes back to being a normal, boring human teenager (which she was told she could never become again since she was half demon but whatever). 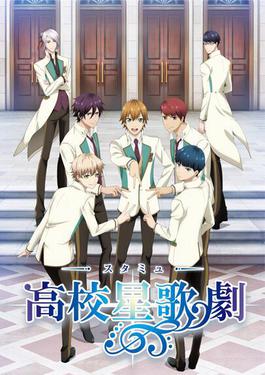 More musicals! Also stamped with my its so bad its good label, Star Mu is the Free! (Iwatobi Swim club) of music. With less plot, less female characters, much more music, and unintended comedy, this show is a must watch if you can tolerate a bad anime and appreciate its failure.

It was the first musical anime I saw of this season (or ever, maybe?) and its spur of the moment musicals are, as Ayesha puts it, “next level”. I mean, when there’s a character riding a giant magical whale dolphin hybrid and singing, you know shit’s real. And although I haven’t really discussed its lack of an ending, I’d really like to end on that magestic note. I mean, look at that picture. What more could you want in life? (Except a second season? Which they sorta implied, so fingers crossed? xD )