So I’ve finally gotten more so into anime movies (like, singular, independent, make sense on their own sort of movies unlike the thousands of pokemon, beyblade, dbz, and many others I’ve seen so far) and this one just kept sort of coming up when I searched for something to watch. That’s why when I realized I had nothing to do for a few hours, I decided to watch it after all.

I reaaaally liked it, but I can’t say I’m too thrilled with the ending even though it was soooo expected. But I wish there had been a cute end credit scene that either made it look like Gin wasn’t *really* gone, or something like that with his presence still watching Hotaru OR if they showed us Hotaru a few years later still remembering Gin ❤

Also, stupid human child sneaking into a spirit festival and tripping all over the place to chase down some chick- like, bacha, it is freaking midnight and you are about nine years old- why aren’t you home?! Why aren’t your parents looking for you? And bloody WHY are you chasing down some girl in the forest?!? This dumb prick is the reason Gin turned to sparkles 😦 Even though it was bound to happen anyways…there’s only so long that guy could go without hugging Hotaru. (At least he kinda kissed her.) 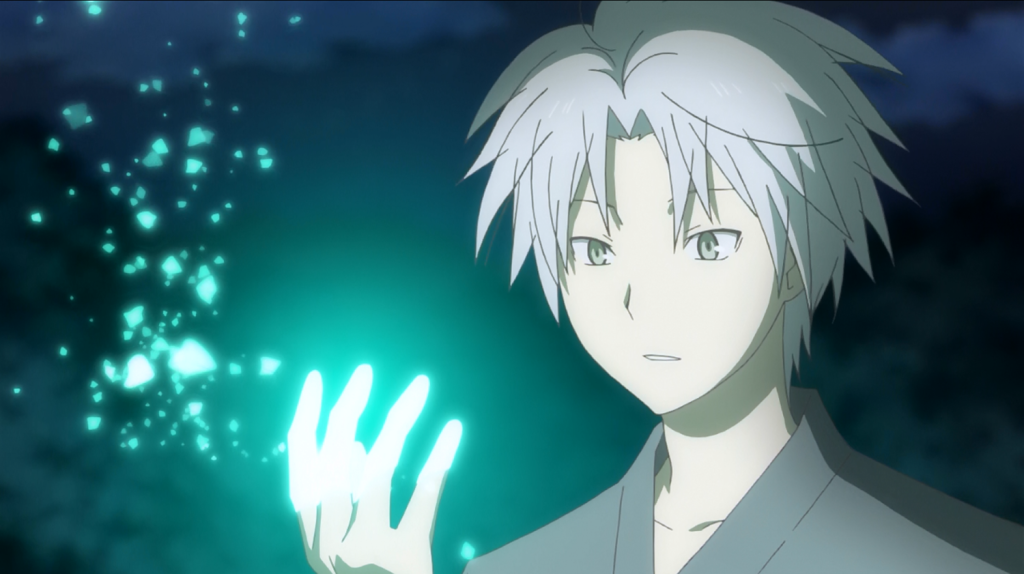 ^Possible thoughts going through Gin’s head at this moment:
I Well, crap. I restrained myself for so long only to be touched by a GUY?! Wtf.
II I am so sparkly. Damn.
III I might as well have REALLY kissed Hotaru (five seconds ago).
IV Dang it, Mountain God! Really, I have to die in an explosion of sparkles?! Couldn’t I have just faded away peacefully instead of having my dignity fade away like it is right now??

But still, this was cute, and now I’m looking for some more to watch. Who would’ve thought I’d watch this and cry just a little? ❤